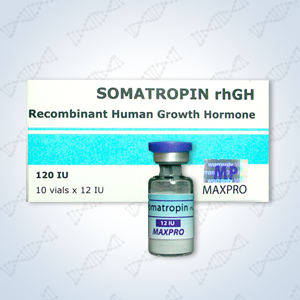 Somatotropin is the scientific name for natural growth hormone containing 191 amino acids, produced by the anterior pituitary, the front section of the pituitary gland. It acts by stimulating the release of another hormone called somatomedin by the liver, thereby causing growth. Somatotropin is also known as somatropin. Somatomedic comes in three different forms-A, B, and C, which all contribute to cellular metabolism and function. The most common form of the hormone is Somatomedin C, also known as Insulin-Like Growth Hormone 1. Somatropin also acts directly on many forms of tissue, however. Somatotropin is no longer prescribed for any form of hormone deficiency, but a synthetic form of somatotropin known as somatropin provides the same great benefits as somatotropin while being produced using recombinant-DNA technology in a sterile environmen.

What is Jintropin HGH